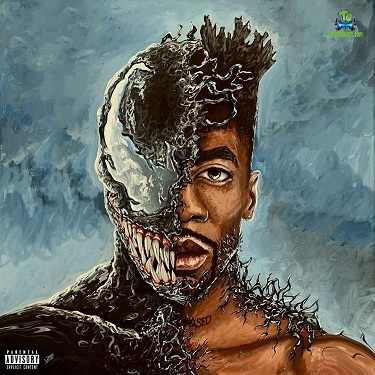 Here is the remix of "Eminem Venom" by the Nigerian Canadian rapper and singer, Dax.


Still can't let the buzz fade away, the Nigerian Canadian rapper and singer, Dax kicks off the remix of this trending song "Eminem Venom". He made this song worldwide a few hours now which has started making a huge trend internationally and collecting lots of streams on the platforms.

Daniel Nwosu Jr., better known by his stage name Dax, is a Nigerian Canadian rapper, singer and songwriter who rose to fame for the official music video of his song "Cash Me Outside" featuring Danielle Bregoli. The young dude is also known for his freestyle and remixes of popular rap songs.

This time, with lots of records and a huge fan base, he dropped the remix of Eminem's still trending song "Venom" where he performed wonderfully well and still proves his capability.

"Venom" is a song by American rapper Eminem, written for the soundtrack of the 2018 American superhero film "Venom" produced by Columbia Pictures. The soundtrack featured in his tenth studio album "Kamikaze" released in 2018. The track entered the charts in several countries, hitting the top 50 in the United States, Canada and Australia.

Later run, a remix to the song was released on October 5, 2021, two days after the release of the movie "Venom: Let There Be Carnage" and according to Wikipedia, Eminem was also featured in a song by Skylar Grey on that film's soundtrack as well.

Today, Dax rises with the remix of the song, as he wants to embed more energy into it for the listening delight of the fans. His remarkable performance in the soundtrack is highly accepted by the fans, just as similar as Eminem got positive remarks on the first official track.