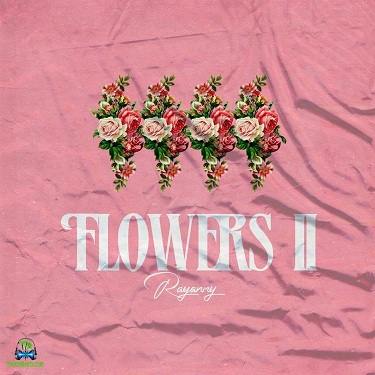 
"Fundi" is a new song by the Tanzanian recording artist, Rayvanny off his new trending EP.


Still can't let the buzz fade away, the Tanzanian Bongo Flava crooner, Rayvanny offer a new song tagged "Fundi" and fans are widely excited about his new offering. He made this known worldwide a few hours now which has started going viral and becoming the new song to enjoy this season. The out given song "Fundi" was one of the tracks off his new EP release titled "Flowers II" which has been served on all platforms.

After the succesful release of "Sound From Africa" album in 2021, Rayvanny decided to make a new offering with this phenomenal body of work Extended Play titled "Flowers II" via WCB Wasafi Records.

According to the singer, the EP is a follow-up to his 2020's debut EP, "Flowers" which was a massive play after its release. The new Extended Play is a set of 9 romantically inclined songs that employ both English and Swahili lyrics with a combination of R&B, Afrobeats, pop, and bongo Flava genres. The project enlisted vocals from Nigerian, Zuchu, Roki, Nadia Mukami, Guchi, Ray C and Marioo, whose services are accepted by the fans.

This time, Rayvanny rises with full energy to turn up the industry and do what he knows best. Seeing his imprssive performance this time, he truly deserves lots of kudos from the fans and is worth a top-chart.

From the Extended, the song "Fundi" happens to be the 4th and one of the best tracks that will keep you dancing each time you started listening to it. Trust me, you won't like to miss this offering from Rayvanny.