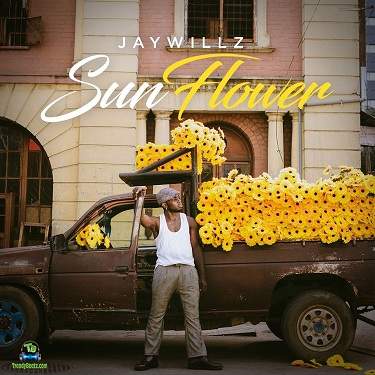 Track Title: Off The Light


"Off The Light" is a new song by the Nigerian singer and songwriter, Jywillz off his new Extended Play.


With much anticipation, the Nigerian songster, Jaywillz unveils another mid-tempo soundtrack titled "Off The Light". He released this song this year, 2022 which has started going viral and accumulating lots of streams and fans positive remarks on the streaming platforms. The song "Off The Light" was one of the tracks off his new EP titled "Sun Flower".

With lots of records and a huge fan base, Victor Ime known popularly as Jaywillz made a new offering with such a splendid body of work Extended Play titled "Sun Flower" which was highly anticipated. In the EP, the Afrobeat crooner goes beyond expectation as he showcases his capability and fans are widely delighted about his new offering as he continues the journey.

Sun Flower, was such a beautiful Extended Play made of the Afrobeat genre which comprises six solid and outstanding tracks with no featured artist. Production was handled by Shugavybz and Xtofa who gives their best by making it a successful one.

As of 2021, Jaywillz hit the spotlight in a blink of an eye with his "Love Or The Word" EP which houses seven tracks featuring Bella Shmurda, Zlatan, Rogerlino, and Papisnoop. Out of this splendid project, the song "Medicine" was one of the best tracks which was a massive play after its release, making a huge trend in Nigerian and across the country as well.

Till today, the song is still one of the most trendings in Nigerian which has gained over 20 million streams on Audiomack and other streaming platforms. So this season, this young dud has risen again bringing what the fans have been waiting for all this time. Trust me, you won't like to miss such an offering.

Taken from the Extended Play, the song "Off The Light" ranks as the 6th and one of the best tracks in which its production was handled by Shugavybz.


Listen to Jaywillz - Off The Light Mp3 Here!


Share Jaywillz - Off The Light Mp3 with others on;

Jaywillz - You Be My Wishlist

Jaywillz - Off The Light

Onyenze ft. Jaywillz - We Outside