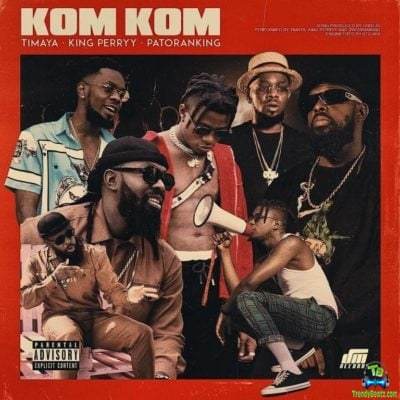 Kom Kom is a groovy soundtrack, capable of lifting you on your feet. Timaya, King Perryy and Patoranking created a robust sound here, which was well-accepted by their music audience and supporters out there. Orbeat was responsible for the production of this song.

Inetimi Timaya Odon, better known by his stage name Timaya, is a Nigerian singer and songwriter. He hails from Odi, Bayelsa state. He came into the limelight in 2005 with his record, Dem Mama.

Without much ado, get your headphones and speakers to enjoy and vibe to this catagloue called, Kom Kom, performed Timaya, King Perryy and Patoranking.