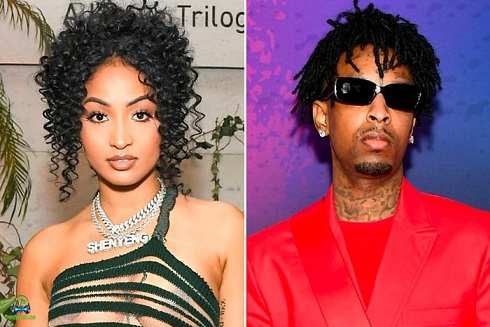 Track Title: R U That


Award-winning Jamaican Dancehall female singer, Shenseea surprises her fans again with the song "R U That" as she requests vocal assistance from the London born rapper, 21 Savage. She made this song worldwide a few hours now which has started making a huge trend internationally. Fans are widely excited about her new offering.

Chinsea Linda Lee known professionally as Shenseea is a Jamaican dancehall singer. For her remarkable performances in the industry over the years, she is now highly celebrated in Jamaica and internationally, She has also gained some awards as well.

Still keeping the records, she made another walk in the public eye with such a stunning record "R U That" where she showcases the highest echelon of her Dancehall music. The song is prior to her 2022 trending song "Lick" with Megan Thee Stallion.

Also, the song "R U That" is expected to be included on her upcoming debut album named "Alpha", which she said would be released on March 11th, 2022.

Here you go, Listen up and download the song "R U That" below!!!