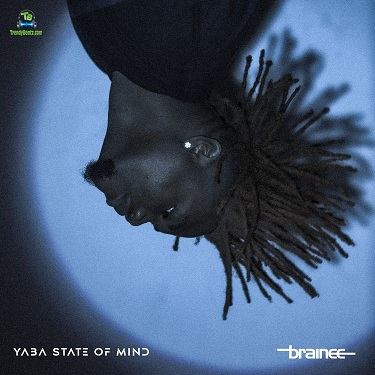 
And here we have another record titled "Uwa" composed and recorded by the singer, Brainee featuring the rapper, Kolaboy.


One of the Nigerian fast-growing crooners, Brainee brings out another interesting song which he titled "Uwa" as he welcomes Kolaboy, who rendered good service in making it a succesful one. He released this song in the year, 2022 which was lifted from his promised Extended Play called "Yaba State of Mind" which has been served on the platforms and fans are well delighted.

This season, Brainee rises with full energy to entertain his growing fan base with such a beautiful body of work Extended Play titled "Yaba State of Mind" where he performed awesomely and proves his capability. The EP was released independently.

Yaba State of Mind was an anticipated project but as promised today, it has been shared on all platforms. The EP comprises six outstanding and impressive tunes with the aid of Kolaboy, Tinu and Fleezy Gunman, whose services are acknowledged by the fans out there. Truly, this EP is amazing and here we deal with it.

From the Extended Play, the song "Uwa" happens to be the 2nd track you shouldn't miss this time from Brainee and Kolaboy. Truly, the song is on point and here you have it for your free download.


Share Brainee - Uwa ft Kolaboy Mp3 with others on;