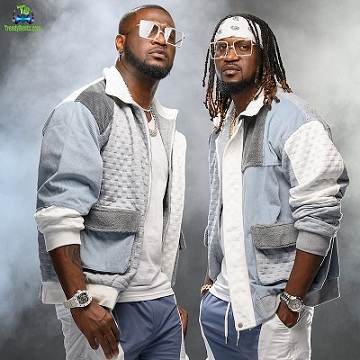 Here is a new remix of the song titled "Temptation" recorded by Mr P which was owned by the duo, P Square.


As we are still waiting for two of the African best duo, P Square for their new official release, let's enjoy this record "Temptation (Remix)" which was composed and recorded by the Mr P of P Square. The crooner showed this song via his social media handle a few hours now which has been buzzing and fans are widely excited about his impressive performance.

Peter Okoye, who is known as Mr P, is a Nigerian singer, songwriter and record producer who rose to fame in the 2000s as a member of the P-Square duo with his identical twin brother Rudeboy. The duo is known for their remarkable performances and they are also regarded as legends in the Nigerian music industry.

As we are anticipating their offering this year as they have come together as a duo after years of split, Mr P just thrilled us with the remake "Temptation" off their 2005 debut album "Get Squared" which was a massive play after its release. Truly, Mr P did awesomely in this track and here we enjoy it.