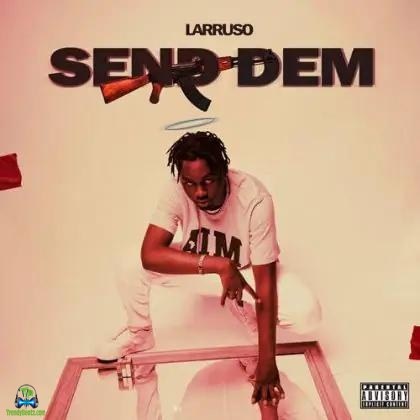 
Very talented Ghanaian music crooner, Larruso is out with this impressive soundtrack tagged, Send Dem, as one of his 2022 singles which is a potential hit jam, highly anticipated... The record is guaranteed to thrill anyone who pays attention to it.

Larruso who is known for his passion and hard work for good music dished out this catagloue for his fans and supporters out there. Send Dem is a groovy soundtrack, one can enjoy and feel good, published under his imprint Jadon Shatta Entertainment.

The Ghanaian Reggae/Dancehall singer, Larruso uses this catagloue to kick off the year 2022. It follows up after his extended playlist labelled, New Gen, which features J.Derobie, Samini, Kelvyn Boy, Bella Shmurda, M.anifest and Suzzway, in 2021.