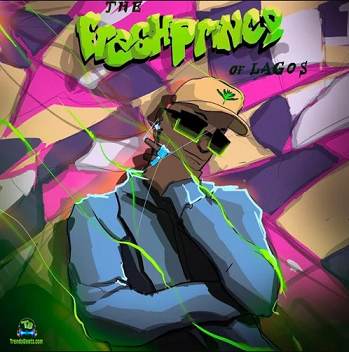 
Here we serve you with a new beautiful track tagged "Oba" by the Nigerian recording artist, T.I Blaze featuring Barry Jhay, off his new EP.


As he continues the journey, the Nigerian rave of the moment, T.I Blaze kicks off a new amazing tune entitled "Oba" alongside Barry Jhay, which has started gaining public attention and accumulating lots of streams on the digital streaming platforms. The song "Oba" was taken off his new anticipated Extended Play titled "The Fresh Prince Of Lagos".

To dominate the industry with full force, T.I Blaze who is the new face in the industry decided to make a new offering with such a beautiful body of work Extended Play titled "The Fresh Prince Of Lagos" which has been shared on all streaming platforms. It was released through Dvpper Music.

The Fresh Prince Of Lagos is a phenomenal Extended Play made of the Afrobeat where T.I Blaze proves his capability and showcases the highest echelon of his talent.

The singer, who is the new face in the industry has already surprised the audience with his fascinating tune titled "Sometimes" which was released in 2021 and has been massively making trends and counting millions of streams on the platforms. So this time, he presents six tracks of an EP that features vocals from Blxckie, Rasaqi NFG, Barry Jhay and Olamide, whose services are generally accepted by the fans out there.

From the Extended Play, the song "Oba" appeared as the 4th and one of the best tracks that will surely be worth a place in your playlist and here you have it for your free download.