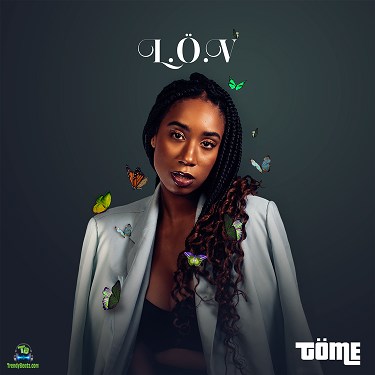 
Still can't let the buzz fade away, the female singer-songwriter, Tome puts out another record christened "Dangerous" which is now gaining public attention and collecting lots of streams on the digital streaming platforms. "Dangerous" was released off her new and anticipated album of 10 tracks titled "LOV" via Kiza Music, under exclusive license to Mad Solutions.

From this splendid album, the song "Dangerous" takes place as the 7th track and one of the best tracks that will surely take your enjoyment very. Trust me, you won't like to miss this one from Tome.