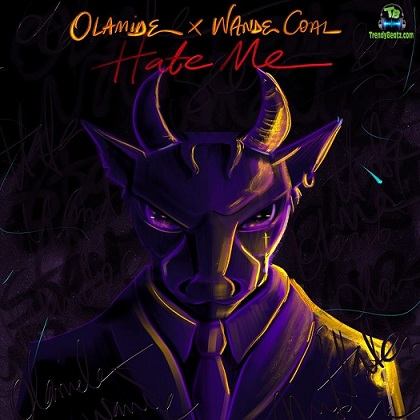 
Enjoy this P.Prime produced called, Hate Me, which features Nigerian Afrobeat singer, Wande Coal. The record is officially owned by Olamide. Released in the year 2022. Hate Me it's one you can relate to and vibe to, you can as well calmly enjoy the melodious rhythms.

Wande Coal came through with catchy lyrics while the Nigerian rapper, Olamide added bars to the instrumental, which his music listeners will be pleased to hear. The catalogue was published under his imprint YBNL Nation.

Olamide released this song after his twelfth studio body of work named, UY Scuti. The said project encompasses eleven beautifully composed records, which features Nigerian musical artists which includes; Phyno, Jaywillz, Fave and many others. Baddo Sneh uses the project to showcase his versatility once more.

Hate Me, which features Wande Coal, is another beautiful soundtrack from Olamide. Olamide Gbenga Adedeji, known professionally as Olamide is a Nigerian rapper and singer. He is one of the biggest and most influential artists in Africa.


Share Wande Coal - Hate Me ft Olamide Mp3 with others on;