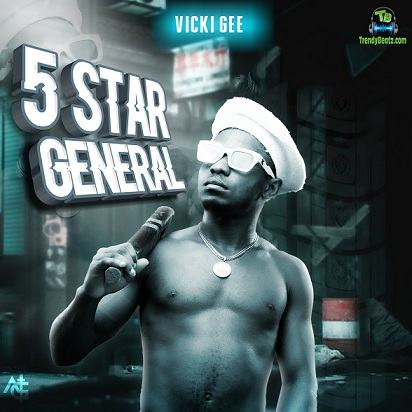 
Fast-emerging Nigerian songster, better known as Vicki Gee unfolds this fascinating soundtrack which he tags, Five Star General. This mind-blowing was released in the year 2022, to put smiles on the faces of his growing fanbase and the music community.

Vicki Gee with this song "Five Star General" is one of the young artists to watch this year. This Nigerian Afrobeat act from Cross River uses this tune to make a huge entry in the music scene, displaying his God-given talent to his music listeners.

Shout out to the gifted producer, Live Beats for the work done on the production of this beautiful instrumental. Please go ahead, listen to this enchanting track and share your thoughts with us below. You can support Vicki Gee, by downloading and sharing his songs with other music folks.


Share Vicki Gee - Five Star General Mp3 with others on;