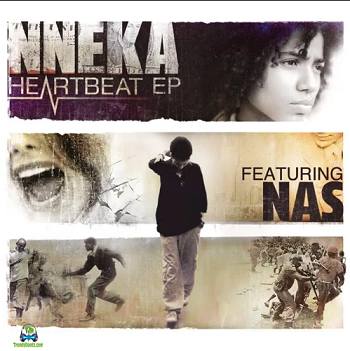 
And here we have a new song titled "Heartbeat" by the Nigerian-German singer, Nneka off her new EP.

With lots of projects and debut singles, Nneka continues the journey as she presents a new body of work Extended Play titled "Heartbeat" which has been shared on all platforms. It was released by Yo Mama Recording Company GmbH / A unit of Four Music Production.

Heartbeat is an outstanding project made of R&B and Soul which comprises five impressive tracks with the aid of the American rapper, Nas who rendered good service in making it done and dusted.

From the Extended Play, the song "Heartbeat" appeared as the 1st and one of the best tracks that will surely be worth a place in your playlist... Listen up and download it below!!!