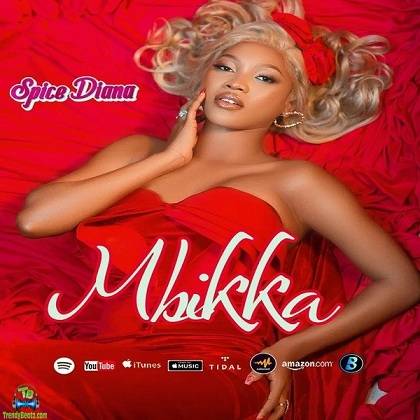 
Listen and Download this awesome tune from Spice Diana, a Ugandan vocalist named, Diana Mbikka. She uses this catalogue to kick off the year 2022. The record is so beautiful and soothing to the heart. Available here for you on TrendyBeatz.

Spice Diana is one of the Ugandan female singers her music fans keeps increasing as the days goes by. This mind-blowing song, Diana Mbikka is another tremendous tune from her, one can enjoy and feel good. It was also accompanied by a music video shot in a more suitable atmosphere.

In addition, this tune follows up after Spice Diana's record named, Upendo, which features Tanzanian music diva, Zuchu, which is still buzzing around. Without much ado, enjoy, download and share this incredibly composed record called, Diana Mbikka, by Spice Diana.