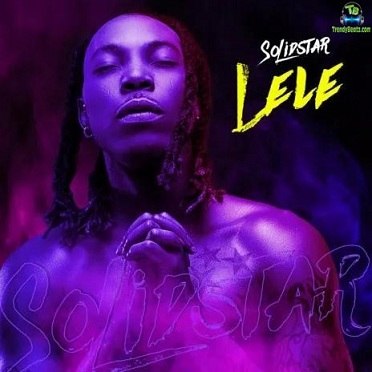 
Most-Talented Nigerian singer, Solidstar drops this stunning tune captioned, Lele. You have it below!


Prominent Nigerian Afrobeat/ RnB recording artist, Solidstar opens his music account with this interesting harmony captioned, Lele. It was in the year 2022 this breathtaking song was unveiled, which is guaranteed to thrill anyone who hearkens and vibe to it.

Solidstar is one of the most sort musical artists in Nigeria. He is known well for his song, "One In A Million", in 2010, which features legendary Nigerian songster, 2Baba. Solidstar has released numerous singles and albums which made so much waves.

Moreover, this soundtrack follows up after his record titled, Dionzeck, which is still accumulating lots of streams, views and downloads on various music stores.

So without much ado, stream, download and share this awesomely composed record, with other music folks called, Lele, by Joshua Iniyezo, popularly known as Solidstar