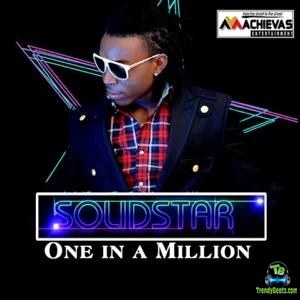 Album Name: One In A Million Album


Solidstar linked up with W4, on this studio number called, Flim Trick. Released in the year 2010.


Esteemed Nigerian heavyweight singer, Solidstar dishes out this astounding harmony labelled, Flim Trick starring W4, who got a verse to showcase his talent.

Flim Trick is one of the hit records, which made up Solidstar's phenomenal body of work called, One In A Millon, published through Achievas Entertainment Records.

The aforementioned body of work houses fourteen amazing tunes, which features 2Face Idibia, Cartier, Clever Jay, and many others, to capture the attention of music listeners.

On this tune, Flim Trick Solidstar and W4, were able to display their individual talents, which was well-accepted by their fans and supporters.


Share Solidstar - Film Trick ft W4 Mp3 with others on;