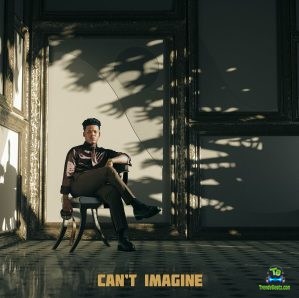 The South African hip-hop rapper, Nasty C is out again with a new piece of music titled "Can't Imagine"


As he continues the journey, the South African rapper also known as (Zulu Man With Some Power) Nasty C releases the song "Can't Imagine". He made this song worldwide not long ago which has started making trends in South Africa and across the country as well.

Nsikayesizwe David Junior Ngcobo known professionally as Nasty C, is a South African rapper, songwriter, and record producer. He is one of the young and South African favourite rappers of this era. Due to his remarkable performances, he is now being celebrated internationally and gained himself lots of awards.

Prior to the new song was his first release of the year titled "Stalling". A month and a few weeks after the song's release, he then decided to put out another captivating one "Can't Imagine" which is ahead of his forthcoming album that will be released at any moment from now. Truly, the song "Can't Imagine" is worth more listening and here you have it.


Share Nasty C - Can't Imagine Mp3 with others on;