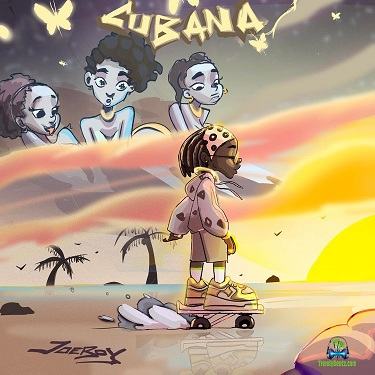 Produced By: TYPE A


The Nigerian Afrobeat singer and songwriter, Joeboy surprised the fans with a new song titled "Cubana".


One of the favourite Nigerian and African recording artists, Joeboy releases a new favourite gift titled "Cubana" to thrill his beautiful fan base. He presented this song not long ago which has started making a huge trend in Nigeria and across the country as well. Truly, the song "Cubana" is another kinda music you've been wanting all this time.

Joseph Akinwale Akinfenwa-Donus known professionally as Joeboy is a Nigerian singer and songwriter who is currently signed to Mr Eazi's record label "emPawa Africa". He is one of the young Nigerian and African raves of the moment with lots of records with him.

Still can't let the buzz of his previous song "Alcohol" fade away, the Afrobeat and R&B crooner gives the fans something beautiful "Cubana" where he performed well and still proves his capability. The song arrives as he gets set to head out on his first U.S. tour dates this Spring. According to the young dude, he said; "This is probably the most playful song I’ve ever released, which serves as both a preview of his upcoming project due out later this year and an appetizer for fans ahead of this Spring’s tour dates".

"I was in the studio trying to create a "heartbreak song" with my producer TYPE A, and there was this particular progression that was really vibey and trippy, and I just started playing around with it,” He recalls. Truly, his performance in this song was impressive and fans will really like to enjoy it more as they do on "Alcohol". Trust me, you won't like to miss such an offering from Joeboy!!!