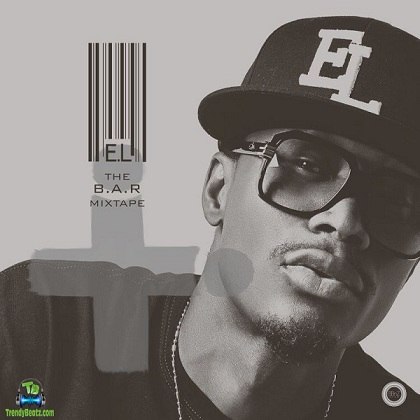 Ghanaian rapper, E.L drops this soundtrack which he calls, Wonna Own. Off his project, Bar One.

Highly-Talented Ghanaian music crooner and performer known by his stage name, E.L hit the studio with this soundtrack called, Wonna Own. The record was extracted from his spectacular studio album which he tags, Bar One, in the year 2014.

The record, Wonna Own will surely keep you excited as you listen to it. E.L delivers his undying flows and massive punchlines on this song, which was well-accepted by his fans. E.L is indeed talented and blessed. Wonna Own is a must-listen-to all sundry.

On the above-mentioned body of work, Wonna Own was outlined as the fifteen record, which is the last track but not least. Artists that appeared in the project include; Ayigbe Edem, Sarkodie, Joey B, C-Real, Gemini, Telvin, Frozen, Lil Shaker, Stargo, P. K. and Dex Kwasi to