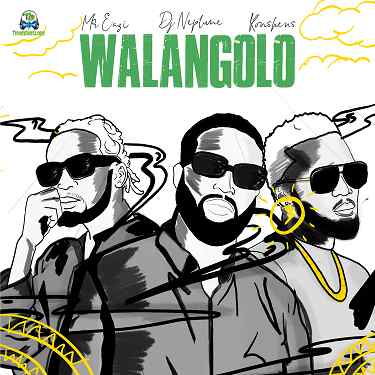 
Still doing what he knows best, the Nigerian disc jockey, DJ Neptune releases a new song titled "Walangolo" as he features vocals from Mr Eazi and Konshens, who is a Jamaican dancehall recording artist. He released this song in the year, 2022 which has started making trends out there.

Imohiosen Patrick professionally Known as DJ Neptune, is a Nigerian disc jockey and Record Producer. He is well-known for the second single from his second studio album "Greatness II". The song features vocals from Joeboy and Mr Eazi. Produced by Magic Sticks. DJ Neptune has worked himself out becoming one of the best disc jockeys in Nigeria and Africa.

Today, after the successful release of "Greatness 2.0" in 2021, the favourite disc jockey just releases another classic melody "Walangolo" which will be generally accepted by the fans out there. On this one, he called out, Mr Eazi and Konshens of Jamaica, who added their voices to create something beautiful. Truly, the song is worth enjoying and here we have it.