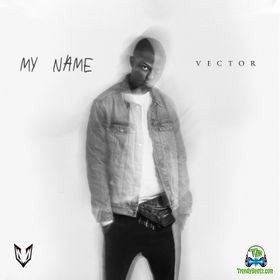 
Multi-Talented Nigerian recording artist, Vector comes through with this masterpiece soundtrack christened, My Name. This mind-blowing record is a must-listen-to all sundry. The song happens to be his debut single for the year 2022, after having a prosperous year in 2021.

My Name is an amicable soundtrack with good lyrics and an amazing instrument. Vector really came through on this harmony showing his versatile capabilities to his music audience. Mr Kleb was the brain behind the production of this fascinating record, which was discharged in the year 2022.

Vector whose real name is Olanrewaju Ogunmefun is a Nigerian rapper, singer and songwriter. He has released numerous breathtaking singles and albums that made so much waves. According to Wikipedia Vector had the longest freestyle rap in Nigeria.

Without much ado, stream, download and share this awesomely composed soundtrack with other music folks called, My Name, written and performed by Vector.