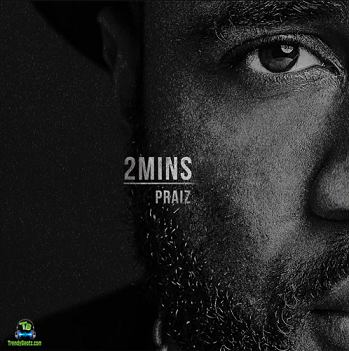 Take the song "2 Minutes" which was composed and recorded by Praiz and was from his new EP release "2 Mins".


The Nigerian R&B singer, Praiz releases this captivating tune titled "2 Minutes". It was released in the year, 2018 and has become the new song to enjoy this time. The song was said to be one of the tracks from his new body of work Extended Play titled "2 Mins", which has been shared on all streaming platforms.

Thinking that it's not yet over, Praiz releases another body of work Extended Play titled "2 Mins". It was released under the imprint of X3M Music. It is another phenomenal project where Praiz performed awesomely and showcases the echelon of his muisc genre. 2 Mins is a great project with a perfect blend of R&B and Soul. It comprises five beautiful and impressive songs with no guest appearance. In this project, Praiz goes unaccompanied to bring out his full self, being emotional and sharing the passion that comes from these five love songs. Truly, the EP is worth more listening to and here we enjoy it.

In this stunning EP of five tracks, the song "2 Minutes" happens to be the 1st and one of the lovely tracks that will make you hit the replay button again and again.