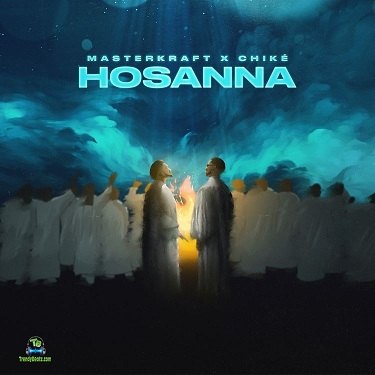 This time, we have a new Amapiano record with the title "Hosanna" which was released by Masterkraft featuring Chike.


Most Popular Nigerian record producer, Masterkraft is out again with a new beautiful song named "Hosanna" as he features a sole vocal from Chike. He released this song in the year, 2022 which has started going viral and becoming the new gospel song to enjoy this time.

Sunday Ginikachukwu Nweke, professionally known as Masterkraft, is a Nigerian record producer, disc jockey, band director, pianist, and songwriter. He is one of the most respected Nigerian and African record producers who has worked with a number of artists in the industry.

Thinking of what to offer at a time like this, the amazing producer calls out Chike to collaborate in creating this beautiful melody as they praise the Lord for His abundant blessings and grace. It is a nice record made of Afrobeat and Amapiano which will be generally accepted by the fans out there. Trust me, you won't like to miss such an offering from Masterkraft.

Share Masterkraft - Hosanna ft Chike Mp3 with others on;