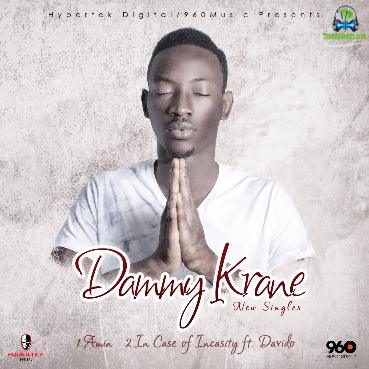 Nigerian recording artist, Dammy Krane release this song named, Amin. You have it below.


Listen and Enjoy this beautifully composed record called, Amin, written and composed by Dammy Krane, a Nigerian music singer and performer. This mind-blowing soundtrack comes with infectious lyrics and amazing instrumental one can enjoy and feel good.

Singer, Dammy Krane released this song for the retentive listening pleasure of his fans and the music community at large. It was in the year 2014 that this astounding record was unveiled, under the imprint of Hypertek Digital. Available here for your Download.

Amin is one of the most-favoured songs which made up Dammy Krane's marvellous studio album called, The Enterkraner, which embodies sixteen beautiful songs starring high profiled musical artists from Africa.

This Spellz-produced record, Amin is guaranteed to thrill anyone who hearkens to it. Oyindamola Johnson Emmanuel known as Dammy Krane is an Afro-fusion singer from Nigeria.