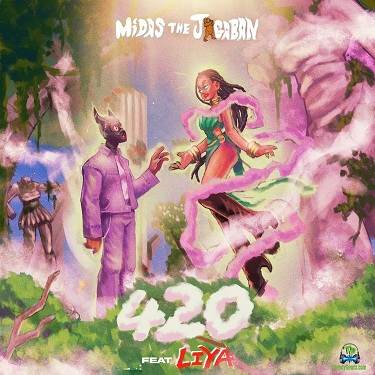 UK based rapper and singer, Midas The Jagaban releases a new favourite piece of muisc named "420" as he features the DMW female singer, Liya. She released this song in the year, 2022 which has started making a trend and accumulating lots of streams on the platforms.

Midas The Jagaban is a Nigerian female rapper and singer based in the UK. She is one of the celebrated artists in Africa and has been in association with many top stars like Stefflon Don, Sho Madjozi and others who have not yet left the studio.

This time, the young crooner releases another mid-tempo soundtrack "420" as she requested vocal assistance from Liya, who goes beyond expectation in giving the beat a catchy vocal and lyrics. It is a nice record blended together with Afrobeat and Amapiano which will be more enjoyable to the fans. Trust me, you won't like to miss such an offering from Midas The Jagaban.

Production was handled by Rexxie and Kdream.

Midas The Jagaban - Party With A Jagaban