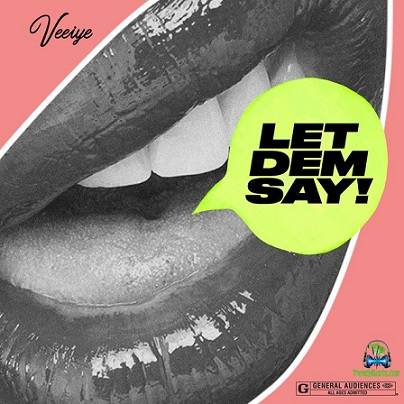 
Beautiful British-Nigerian musician popularly known Veeiye unlocks this marvellous track which she calls, Let Dem Say. The song is so exciting and refreshing as you listen to it. With a perfect voice, Veeiye killed the euphony completely for her fans to be entertained.

Veeiye uses this song to kick off the year 2022. It follows up after her remarkable debut extended playlist dubbed, Young & Reckless, which houses five enchanting tracks featuring Laycon and Mavin rap star, LadiPoe. Veeiye uses the project to display her God-given potential.

Let Dem Say is another tremendous entry from Veeiye. She is gradually getting the attention and recognition she is craving for. The British-born Nigerian entertainer is one of the new school artists on the block to vibe and reckon with.

Furthermore, if you’re very bored and looking for good music to liberate you from ennui and get you relaxed, this might be just what you need. Listen and share your thought with us


Share Veeiye - Let Dem Say Mp3 with others on;