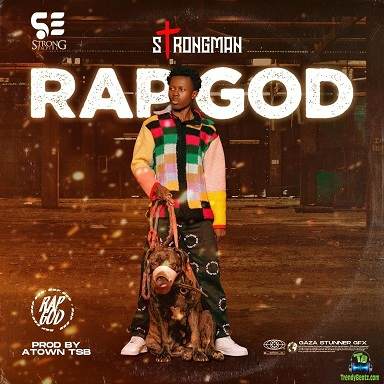 
Award-winning Ghanaian rapper and stage performer, Strongman is out again with this amazing and refreshing track called, Rap God. This song was disclosed in the year 2022 for public consumption under his imprint Strong Empire Records.

Strongman is one of the most-sort musical artists in Ghana. He has released numerous breathtaking singles which made much waves and also collaborated with high profiled musical artists from Ghana like; Wendy Shay, Akwaboah just to mention a few.

Nevertheless, Strongman released this single tune after his extended playlist named, The Tape, an extraordinary project which houses six wonderful tracks. He uses the project to display his multifaceted qualities to the audience

This Atown TSB-produced record, Rap God gets Strongman switching flows and some vital punchlines. It was also accompanied by a music video, which was put together by Kobby Shot.