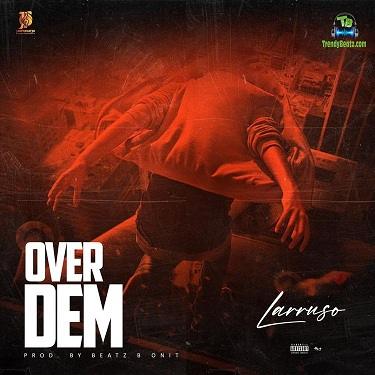 The Ghanaian singer and songwriter, Larruso has released a new single titled "Over Dem".


Still keeping the records, the Ghanaian recording artist, Larruso offers his beautiful fan base a new song tagged "Over Dem". He kicks off this record in the year, 2022 which has started collecting lots of streams on the platforms.

Larruso is a Ghanaian Reggae/Dancehall and Afrobeats artist who is currently making waves in the industry with his studio records and entertainment in general.

As he continues the journey, the young crooner offers a new song "Over Dem" which would be acceptable to his growing fan base. It is a nice record made of Afrobeat where he performed awesomely well. Trust me, you won't like to miss such an offering from this young dude.