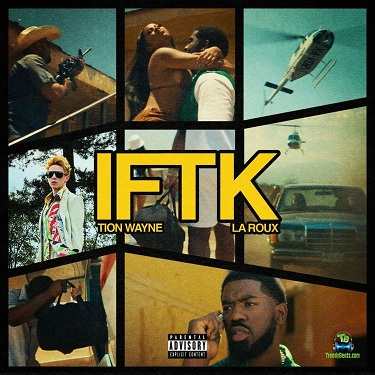 
To create new merrymaking, the British rapper and DJ released this amazing tune titled "IFTK" alongside the English synthpop act, La Roux. He released this song in the year, 2022 which has started making a huge trend internationally. Nice hip-hop and Rap record produced by LiTek and WhyJay.

Dennis Junior Odunwo, known professionally as Tion Wayne, is a British rapper and DJ from Edmonton, North London. Born to Nigerian parents. Tion is one of the internationally favourite rappers known for many of his songs that were a huge success after their releases.

This season, the young rap star offers the fans another masterpiece soundtrack titled "IFTK" as he welcomes the English synthpop act, La Roux, whose services are generally accepted. They both did great in the song and it's another favourite music that will surely be worth a nice place in your playlist.