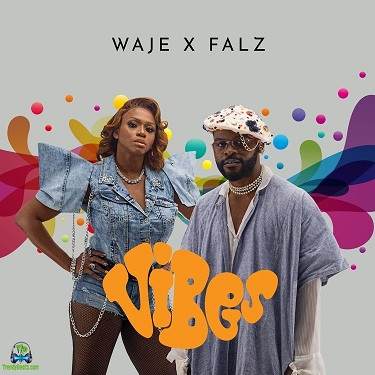 The Nigerian songstress, Waje is back again with a new song titled "Vibes" featuring Falz.


This season, Waje rises with full energy as she offers the fans a new danceable song "Vibes" featuring the Nigerian rapper, Falz. She released this song in the year, 2022 which has started giving pleasure to the fans and accumulating lots of streams on the platforms. Via her Twitter handle she said; "Woke up feeling giddy! So many beautiful songs out today and MINE IS ONE!".

Aituaje Iruobe, known professionally as Waje, is a Nigerian singer whose vocal range covers three octaves. Gained recognition after being featured on the remake of P-Square’s "Omoge Mi". Waje was also featured on the duo's 2008 hit track "Do Me". Sine then, she has been satisfying the fans with her studio records and entertainment in general.

This season, after many successful releases, Waje creates something beautiful "Vibes" alongside the rapper, Falz who added his voice to create a unique record. It is a nice piece of music made of Pop that will surely take your enjoyment very far. Trust me, you won't like to miss this.

Share Waje - Vibes ft Falz Mp3 with others on;

Waje - In Between (Video)