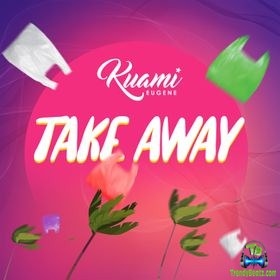 Ghanaian Afro and Highlife singer, Kuami Eugene releases this song tagged, Take Away. You have it below.


Celebrated Ghanaian music singer, Kuami Eugene pins out a new masterpiece soundtrack named, Take Away, for his fans to be entertained. The song was released in the year 2022, under the imprint of Lynx Entertainment Records.

This song happens to be Kuami Eugene's debut single for the year 2022, following his extended playlist labelled, "Afro Highlife" which houses five outstanding records, with no single featured artists, showing his audience that he is very much informed in the game,

Kuami Eugene has contributed immensely to the growth of Afro-Highlife / Pop music in Ghana, known well for his records, "Angela", "Wish Me Well", "Ohemaa" and many others. The singer is indeed talented and blessed.

Take Away is another dazzling studio joint from Kuami Eugene, beautifully made to quench the urge for music by fans who always look up to him on that aspect. Grab it below.

Share Kuami Eugene - Take Away Mp3 with others on;