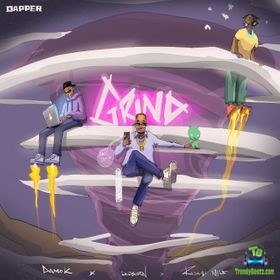 Give a listening ear to this song named, Grind, by Damo K in collaboration with Lastborn & Rasaqi NFG.


Fast-Rising Nigerian singer and songwriter better known as Damo K comes through with this motivational record tagged, Grind. It features two brilliant and wonderful singers, Lastborn & Rasaqi NFG, which was unveiled in the year 2022, for public consumption.

Grind was carefully crafted by Damo K with combined efforts from Lastborn & Rasaqi NFG. This song is one of the top trending songs on Tik Tok. Trust me you will surely love this particular song, so exciting and refreshing as you listen to it.

JaySynths & Dibs were the brains behind the production of this melody we have here. Damo K is one of the Nigerian fast-rising singers working tirelessly to be recognised globally.