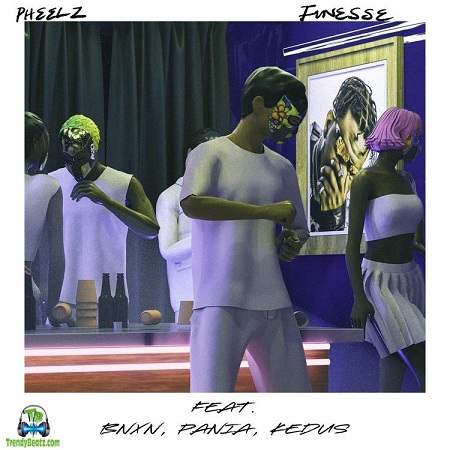 The Nigerian music producer and singer, Pheelz releases another version for the record tagged, Finesse.


Here comes another version of the hit track, "Finesse", by Pheelz, one of the respected Nigerian music producers. It features Buju, Pania & Kedus. The song was unveiled in the year 2022 for public consumption, produced by Miichkel.

With perfect voices, the featured artists, Pania & Kedus added more flavour to the record, which beautifully made for the listening pleasure of anyone who hearkens to it. Trust me you will definitely love this harmony as you listen to it.

Finesse by Pheelz, gained him a lot of followers and supporters in the game. The record became the second most shazamed song in the world. However, the music video which was put together by Director K, have amassed more than 17 Million views on Youtube.

Phillip Kayode Moses, born in Lagos State, better known as Pheelz, is a Nigerian record producer, singer and songwriter who has worked with several artists and musicians, such as Olamide, Tiwa Savage and many others.

Buju (BNXN) ft. Pheelz - If I Broke Na My Business

Buju (BNXN) ft. Pheelz - If I Broke Na My Business