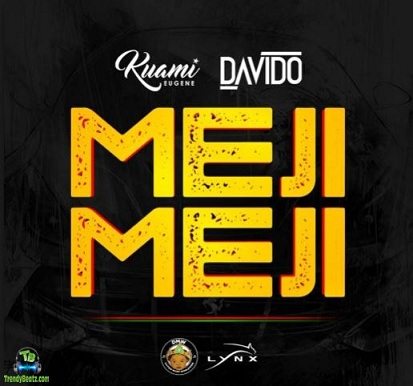 
The Ghanaian Afro-highlife singer and songsmith, popularly known as Kuami Eugene unveiled this masterpiece soundtrack tagged, Meji Meji, featuring Nigerian music crooner, Davido, who added flavour to the song, which was unveiled in the year 2018.

Meji Meji is so exciting and refreshing as you listen to it. The Lynx Entertainment recording artist, Kuami Eugene and Davido did amazingly well on the song, which will continue to linger on the playlist of their music audience.

Kuami Eugene whose real name is Eugene Kwame Marfo is a Ghanaian singer and songwriter, known for several songs, including "Angela", "Wish Me Well", "Ohemaa" and many others. He's one of the Ghanaian households when it comes to High-life and Afrobeat music.

Fresh VDM is a music producer and was the brain behind the production of this awesome tune tagged, Meji Meji, by Kuami Eugene & Davido. Enjoy below.