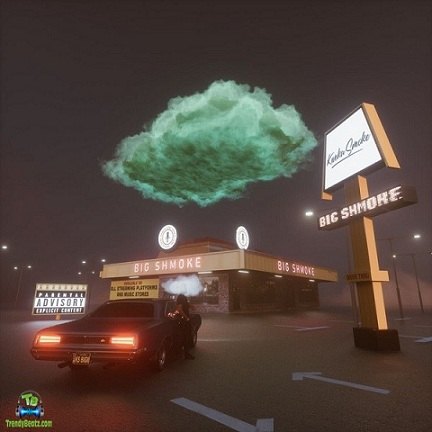 In the year 2022, the Ghanaian rapper and songwriter, Kweku Smoke drops this song called, Lala which features Reggie & O’Kenneth.

Listen and Enjoy this stimulating catalogue called, Lala, written and recorded by Kweku Smoke with vocal assistance from the Ghanaian music crooner known as Reggie & O’Kenneth, whose flavour was overwhelming in his verse part. The song is so beautiful.

The Ghanaian brilliant rapper, Kweku Smoke and Reggie & O’Kenneth did justice to the record, they both sang the song like their life was on it, which was disclosed in the year 2022 for their fans to be updated with different sweet melodies.

It was Kweku Smoke's album labelled, Big Shmoke that gave birth to this outstanding track standing as the third track of the album. Its production was handled by a brilliant music producer, known as Atown, with his magical fingers.