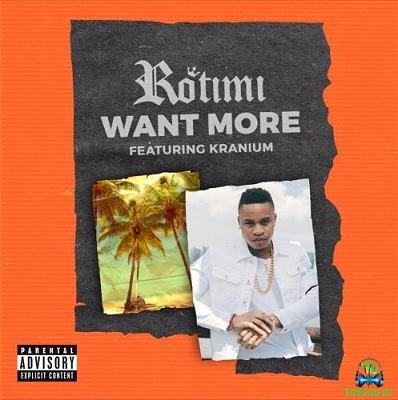 Rotimi linked up with Kranium to unleash this tune called, Want More. You have it below.

The Nigerian-American singer and actor, Rotimi steps away from his actor duties to invest himself with this tune called, Want More, in which he taps the availability of Kranium, one of the Jamaican music crooners. It was in the year 2017 that this brilliant song was unveiled.

Rotimi & Kranium were clearly able to showcase their magnificent talents to the fans and the music community at large. The song is guaranteed to put smiles on the faces of anyone who pays attention to it. You have it here for your Download.

Nevertheless, this sparkling remedy is one of the tracks which made up Rotimi's album, Jeep Music, Vol. 1, which bagged a total number of eight songs featuring high-profiled musical artists including; Kranium, T.I and 50 Cent.

Olurotimi Akinosho otherwise known as Rotimi is an actor, singer, and model. Rotimi is a name of Yoruba origin which means "Stay With Me".


Share Rotimi - Want More ft Kranium Mp3 with others on;