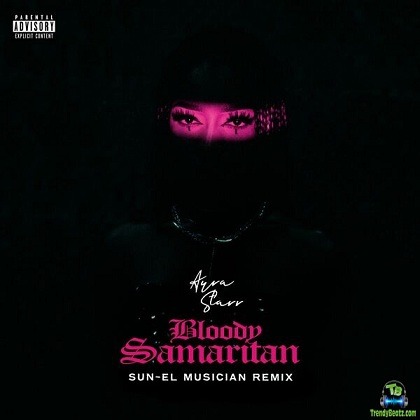 Ayra Starr linked up together with Sun-El Musician to unleash the remix of the record, Bloody Samaritan.

Sun-El Musician added a special instrumental to the record, that one would love to hear over and over again. Bloody Samaritan is one of the hit songs off Ayra Starr's debut studio album, 19 & Dangerous, which was released in the year 2021.

However, the said project bagged a total number of eleven awesomely-composed records, featuring several new writers and artists including Foushee and CKay, which also received generally positive reviews from music critics. Ayra Starr is one of the new school artists in the music block to reckon with.

Bloody Samaritan (Remix) by Ayra Starr which features Sun-El Musician is another electrifying euphony to update our playlist with. Listen and also share with other music folks out there.