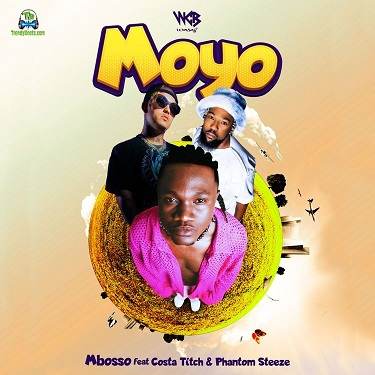 Mbosso is back again with a new song "Moyo" as he feature Costa Titch and Phantom Steeze.


Tanzanian singer and songwriter, Mbosso has put out a new song titled "Moyo" which feature guest appearances from South African rappers, Costa Titch and Phantom Steeze. The song was released a few hours now which has started making a huge trend in Tanzania and across the country as well.

Mbwana Yusuf Kilungi, better known by his stage name Mbosso, is a Tanzanian singer and songwriter. He is one of the most celebrated artists in Tanzania and is currently signed under WCB Wasafi record label which is owned by Diamond Platnumz. Mbosso is known for his songs "Nadekezwa" and "Hodari" which are massive plays after the releases.

This time, after many successful releases, the Bongo Flava singer just offered a new Amapiano song "Moyo" which had the aid of the SA rappers, Costa Titch and Phantom Steeze for the listening delight of the fans out there.