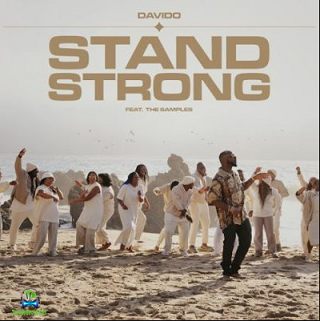 The Nigerian crooner, Davido surprises the fans with a new song "Stand Strong (New Song)" featuring The Sample as he is about to release a new album.


Much excited as Davido makes his return to the scene with a new official song titled "Stand Strong (New Song)" featuring the American rock band, The Samples. He released this song in the year, 2022 which has started making a huge trend in Nigeria and internationally.

David Adedeji Adeleke, popularly known as Davido, is an American-born Nigerian singer, songwriter, and record producer. He is the founder of Davido Music Worldwide (DMW) record label and is one of the biggest African and international artists who has been in association with lots of superstars in the industry.

This season, and with much anticipation after a few hours of notifying the fans of his forthcoming album, Davido just released a new special and gorgeous song "Stand Strong" as he requested vocal assistance from The Samples who rendered good services in making it a successful one. Trust me, you won't like to miss such an offering from Davido.


Share Davido - Stand Strong (New Song) ft The Samples Mp3 with others on;

Davido - Showing Off Her Body