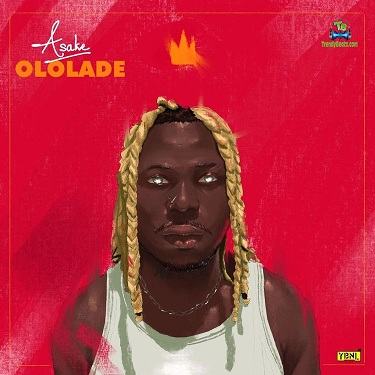 The Nigerian singer and songwriter, Asake has dropped a new single titled "Sungba" off his new EP.


Still doing what he knows best, the Nigerian singer, Asake kicks off a new song tagged "Sungba" which has started making a huge trend and collecting lots of streams on the digital streaming stores. "Sungba" was taken from his new anticipated Extended Play titled "Ololade Asake".

Wanting to turn up the industry with his studio records and entertainment in general, Asake who is newly signed to YBNL kicks off a new stunning body of work Extended Play titled "Ololade Asake" which has been shared on all platforms, It was released under the imprint of YBNL Nation owned by the Nigerian hip hop recording artist, Olamide.

Ololade Asake is a remarkable Extended Play of the Afrobeat genre that comprises four superb tracks where Asake performed awesomely and showcases his capability. The EP features a sole vocal from his boss, Olamide who rendered good service in making it an impressive and successful one.

From the Extended Play, the song "Sungba" appeared as the second track that deserves a place in your playlist. It was produced by Magicsticks.