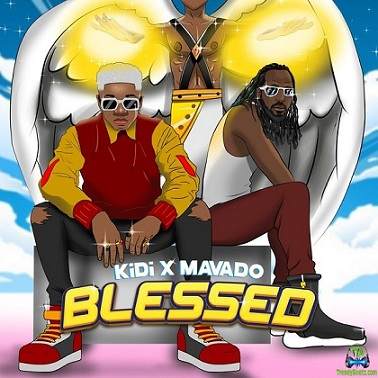 One of the loved singers in Ghana who goes by the name, KiDi thrills his fans with this song tagged, Blessed, in which he hires a studio appearance from Mavado, a Jamaican music crooner. It was in the year 2022 that this song was released for public consumption.

Nevertheless, this song follows up after the remix of his hit song, "Touch It", one of the hottest songs off his album, "The Golden Boy". The said remix features one of the most influential artists from America, known as Tyga. Also, it has amassed more than 4 Million Youtube views.

KiDi is a household name in Ghana, the singer has gained so much fanbase who believes in his talents. This newly-dished record, Blessed, is a perfect blend of Afro-pop and Dancehall music. KiDi & Mavado did equity to the song. Please listen to the song and also ensure you share it with others.

MOG, KiDi, Jack Knight & SoundmanLos were the masterminds behind the production of this song, as they blessed the track with so much quality sound and fitness.


Share KiDi - Blessed ft Mavado Mp3 with others on;