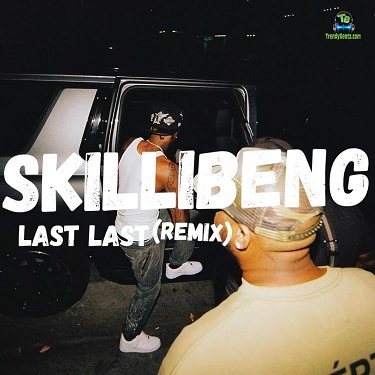 Here is the remix of "Last Last" by the Jamaican recording artist, Skillibeng.

As he derives joy from the song "Last Last", the Jamaican Dancehall and Reggae singer, Skillibeng offers the remix as he performed well and showcases his own capability in Afrobeat sound. He released the song in 2022 which has started making a trend in Jamaica and across the country.

The song, "Last Last" was recorded by the Nigerian singer Burna Boy. It was released on 13 May 2022 through Atlantic Records which comes from his sixth studio album, "Love, Damini". It was co-written by Burna Boy, LaShawn Daniels, Harvey Mason Jr., and brothers Fred Jerkins III and Darkchild, and with producers Off & Out (brothers Mikael and Samuel Haataja), Chopstix, MdS, and Ruuben. Last Last was a hit and massive play after its release internationally.

Today, the Jamaican singer, Skillibeng who is currently making a big wave in the industry just releases his own remake as he added his voice to create something good. He goes beyond expectation and fans are delighted about his impressive performance.


Share Skillibeng - Last Last (Remix) Mp3 with others on;