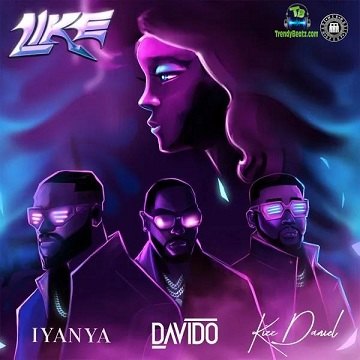 It's a well-curated soundtrack written and composed by Nigeria's finest singer, Iyanya christened, Like. The song features two heavyweight singers in the music industry, Davido & Kizz Daniel, to deliver a marvellous verse to this catalogue, for their audience to derive pleasure from it.

Like provides an instant feel-good vibe with a fast-paced beat to acclimate Iyanya, Davido & Kizz Daniel's vocals. It's a combination of Three creative talents, as they bring their lyrical prowess and sonorous vocals, inducting Iyanya at the top of his A-list game in the industry.

Meanwhile, this stimulating soundtrack follows-up after Iyanya's debut single for the year called, "Call", which features Mavin music diva known as Ayra Starr. Iyanya is best known for his song, "Kukere", in 2012, a single that achieved global success, particularly in Nigeria, Ghana and the United Kingdom.

Reward Beatz the brain behind Kizz Daniel's trending song, "Buga (Lo Lo Lo)" was also responsible for the production of this latest song called, "Like" by Iyanya alongside Davido & Kizz Daniel. Grab it below.

Iyanya - I Gat It