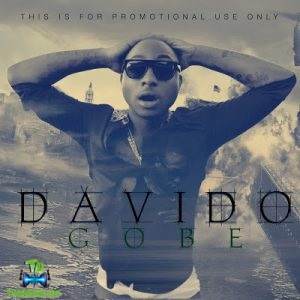 
DMW Label Boss, Davido released this track titled Gobe in 2013 as one of his breakout hits which made him famous in Nigeria and the African Continent.

This Song by Davido Titled Gobe was Produced by Shizzi.

Davido released this song while in his family Record Label: HKN Music and this song went ahead to rank #1 on MTV Base Top-10 Naija Music Chart.
This song brought a lot of controversies as it was co-written by a Producer by the name 'Password' who was paid #350,000 Naira by Davido for the purchase of the song which he originally wrote and allegedly released long before selling it to davido. Although Password didn't inform davido nor Shizzi of the song being released prior to the sale, the truth was later made known after Davido released the single and it even made the song more popular as people were keen to hear the song bought by the 'Omo Baba Olowo' crooner.
Password sold the song to Davido because his initial release didn't go down well and he didn't have the financial power to run a Promotion for the song as a fresh artiste.
Note: Davido made some edits to the original Song lyrics and added his lines.