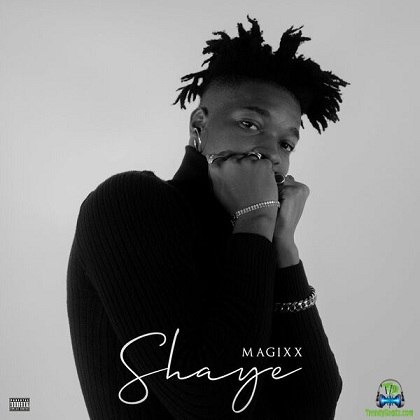 The Mavin recording artist known as Magixx drops a new song tagged, Shaye, which he discloses in the year 2022.

Gifted Nigerian singer and performer known as Magixx comes through with this awesome tune named, Shaye, as one of his 2022 songs for his fast-growing fanbase to be updated with different sweet melodies, which comes with mind-blowing lyrics and rhythms.

Magixx is one of the promising and ambitious music crooners whose fans keeps increasing as the day goes by. Nevertheless, this song follow up, to his contagious tune named, Love Don't Cost A Dime (Re-Up), in collaboration with Ayar Starr, the record gained massive airplay and also received generally positive reviews from music critics.

This masterpiece soundtrack you are about to listen to called, Shaye, will be part of his second forthcoming extended playlist named, ATOM, which will hold a total number of four tracks. Following, his self-named EP in the year 2021.

The production credits of this brilliant record named, Shaye, goes to Reward Beatz (Producer of "Buga (Lo Lo Lo), by Kizz Daniel), as he blesses the track with so much quality sound and fitness.

Magixx - All Over (New Song)