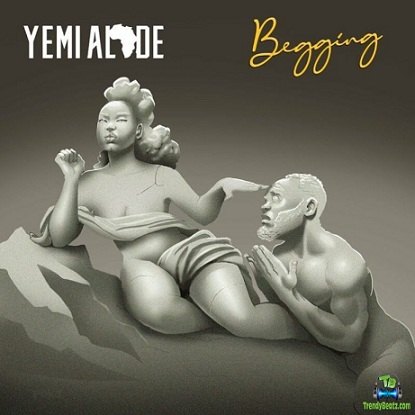 Yemi Alade surfaced back into the music scene as she kick off the second quarter of the year 2022 with this song tagged, Begging.

One of the respected African female singers widely known as Yemi Alade unfolds this jaw-dropping christened, Begging. It's a perfect blend of Afro-pop music, that will definitely blow your mind as the singer really created a vigorous sound here.

However, this catalogue by the Effyzzie Music front-liner, Yemi Alade follows up after her record named, My Man, together with Jamaican music crooner known as Kranium, which is still having good standard streams, downloads and views on various music stores.

Yemi Eberechi Alade known as Yemi Alade has been in the music scene for over a decade now, the music diva has delivered numerous breathtaking singles and albums which made so much waves. She also been considered one of the biggest artists in Africa.

Begging is another tremendous entry from Yemi Alade to update our playlist with. The song was beautifully written and recorded in order to give fans what they are waiting for. Cop it below.