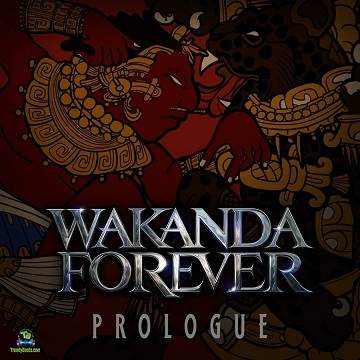 This time again, we have a new soundtrack "A Body, A Coffin" by the Ghanaian singer, Amaarae (From "Black Panther: Wakanda Forever Prologue).


Coming to the release of "Black Panther: Wakanda Forever (Movie)", Hollywood Records and Marvel Music present the soundtrack "A Body, A Coffin" by Amaarae, the Ghanaian female singer. The soundtrack was delivered on July 25th as it was used in the film's teaser trailer.

Black Panther: Wakanda Forever is an upcoming American movie. A superhero film produced by Marvel Studios and distributed by Walt Disney Studios Motion Pictures. In 2018, Black Panther was released, directed by Ryan Coogler, who co-wrote the script with Joe Robert Cole, and it stars Chadwick Boseman (the main actor) whose demise came on August 28, 2020.

On September 11, 2022, the movie continuation is said to be released and it will be distributed by Walt Disney Studios Motion Pictures. It is known as the 30th film in the Marvel Cinematic Universe (MCU). Another outstanding screenplay by Marvel Studio the world is now anticipating.

Today, as the film's teaser trailer was released, the Ghanaian superstar, Amaarae was being celebrated and featured. She offered the song "A Body, A Coffin" where she goes beyond anticipations suiting the film production. Truly, it is a nice soundtrack that deserves everyones' attending to.


Share Amaarae - A Body, A Coffin (Black Panther: Wakanda Forever Prologue) Mp3 with others on;

Asa ft. Amaarae - All I Ever Wanted