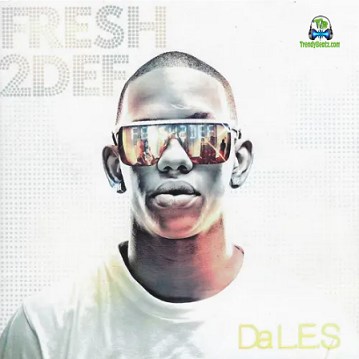 Still keeping the records, Da L.E.S kicks off a new song which he titled "Intro Music". It was put out in 2008 and has started making a trend in South Africa and across the country. "Intro Music" was off his new and first album called "Fresh2def", released through Ghetto Ruff.

In conclusion, the song "Intro Music" makes way for itself to be the 1st and one of the most impressive songs that will make you hit the replay button again and again... Listen and download it below!!!