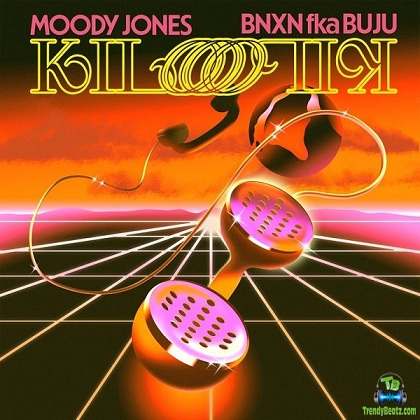 Enjoy this impressive song tagged, Kilo, by BNXN (Buju) together with an American talented music producer known as Moody Jones.

Multi-talented Nigerian music singer and songsmith, BNXN (Buju) drops the electronic genre of his song, Kilometer and he tagged this one, Kilo, which features American music producer, Moody Jones. It was in the year 2022 that this jaw-dropping song was released for public consumption.

However, this catalogue follows up after his collaboration with Afrobeat music crooner, Wande Coal on the record tagged, Kenkele, one of the catalogues that will be part of his forthcoming album, Bad Since 97, which is scheduled to be on all music stores on the 25th August 2022.

Daniel Benson, known professionally as Bnxn and formerly known as Buju, is a Nigerian Afro-fusion singer, songwriter and record producer, the singer has gained so much fanbase who believes in his talent gaining lots of attention due to his highly rated vocals that is been loved by his fans and the music community alike.

If you really listened to the record called, Kilometer by BNXN fka Buju you won't delay listening to this electronic genre of the song, which features Moody Jones, an American blues guitarist, bass player, and singer.