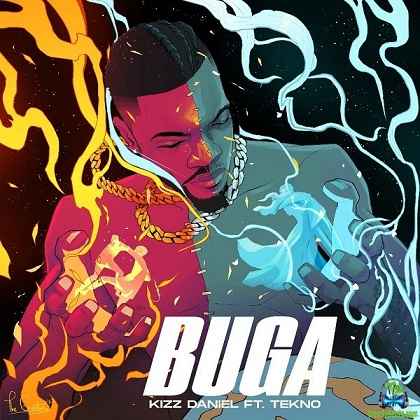 This song right here named, "Buga (New Song)", features Tekno, a Nigerian Afro-pop artist, songwriter and dancer. The record was written and composed by Kizz Daniel, as he showcased his enormous talent to the world on this project.

Buga (New Song) is really vibe and it comes with its own dance steps, one can't afford to miss. The two music maestros, Kizz Daniel and Tekno did justice to the record, one would love to hear over and over again.

Kizz Daniel is one of the loved singers in Nigeria. The minstrel has released numerous breathtaking singles and albums which made so much waves. One thing has been quite clear since his 2015 debut in the music scene, Boy Kiss is an afro-pop sensation with outstanding credentials.

However, the music crooner, Kizz Daniel moves away from his "Barnabas" EP to unleash this amazing harmony, "Buga (New Song)", with a vocal performance from Alhaji Tekno.

Skales ft. Tekno - Give Me Love

Charass ft. Tekno - Back To Me